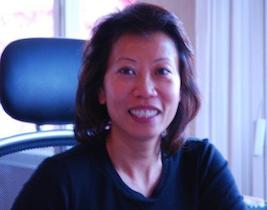 As I begin my term as the new CCMS(BC) president and the process of getting to know the members better I want to share some of my personal history with all of you.  Over 100 years ago, my grandfather arrived in Victoria BC to work for CP Rail.  He paid the infamous $500 head tax.  I keep this certificate framed in my office so I can see it every day.  This head tax was 1 of more than 150 racist laws imposed against Chinese immigrants in British Columbia that started over 140 years ago.  On May 15, 2014 Premier Christy Clark formally apologized on behalf of British Columbia, calling this troubled period a stain on the province's history.  This apology was unanimously supported by every party in the house.  Even though no compensation was offered, I was thrilled.

Even though my grandfather started to help this country 100 years ago, it took another 60 years before my mother and our family were able to join him in Canada.  Much to my parents' horror, the only work they could find in the 1970's were kitchen helpers.  This was the 1970's, a long time ago, but not ancient history.  The political climate in the 70's was different from 100 years ago, but not as different as one may think.  The CMA president at the time commented with concern about the large number of Chinese students in Canadian Medical Schools.  This started groups of Chinese-Canadian physicians across Canada to gather and react.  It was 12 years later, in 1985, CCMS(BC) was legally constituted under the leadership of Jay Cheng.  In the 1970's, even doctors worried about too many Chinese doctors.  Nowadays, these ideas seem unthinkable, but we must remember them.

Growing up, I knew of my grandfather's life as a laborer for CP Rail and I saw my parents as hard workers who eventually bought a small store where they worked 13 hour days, 7 days a week.  It is unfathomable for me to complain about the hard work it is to be a family doctor.  It has been an honour to serve our community as a board member of the CCMS(BC), and I look forward to serving as the president in the 2 years to come.  I considered what an effective society president is and eventually realized that I only need to model the 3 excellent CCMS presidents that I have worked with so far.

Dr. Edmond Chan was the CCMS president from 2007 to 2008.  I want to copy Dr. Chan in the way he handled delicate and potentially dramatic situations with sensitivity, grace and diplomacy.  Edmond is the ultimate statesman.

Dr. Urbain Ip was the CCMS president from 2009 to 2010.  I want to decipher bureaucratic situations with Dr. Ip's clarity, to extract out what people are really saying, and not just what they're saying.  Urbain is the ultimate cool guy who makes everyone he meets feel like a good buddy.

Last but not least Dr. Jen Yu, the CCMS president from 2011 to 2014, the longest serving CCMS president in history.  Dr. Yu has great inner strength and a tireless drive to make everything better.  I will emulate her admirable work ethic.  Jen is the person everyone wants on their team.